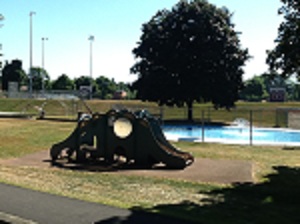 
The term ‘park’ is loosely applied to many kinds of public and private spaces. For this purpose, ‘’park’’ refers only to municipal green spaces designed and used principally for public recreation.

The open green spaces used as private or public parks arise from the ways in which the grounds of castles, palaces and country estates of the powerful were used and ornamented. During the 17th and 18th centuries, gardens ornamenting the homes and grounds of the aristocracy evolved into elaborate formal gardens that might include broad pedestrian avenues, fountain structures and even private zoos. New England’s public parks are largely a phenomenon of the mid-to late 19th century and early 20th century. Early parks in New England were often the result of the donation of a private park owned by a wealthy individual or family. The early parks were intended to provide improved public health, social intercourse, and moral improvement.

Parks provide an excellent atmosphere that encourages athletics and exercise. Parks provide a place to occupy children and keep them off the streets. Like most parks, they provide a nice scenic area that everyone can enjoy.

Parks in Amherst (Click the name of the park for more information):