This Committee is not currently active, this is an archival page. 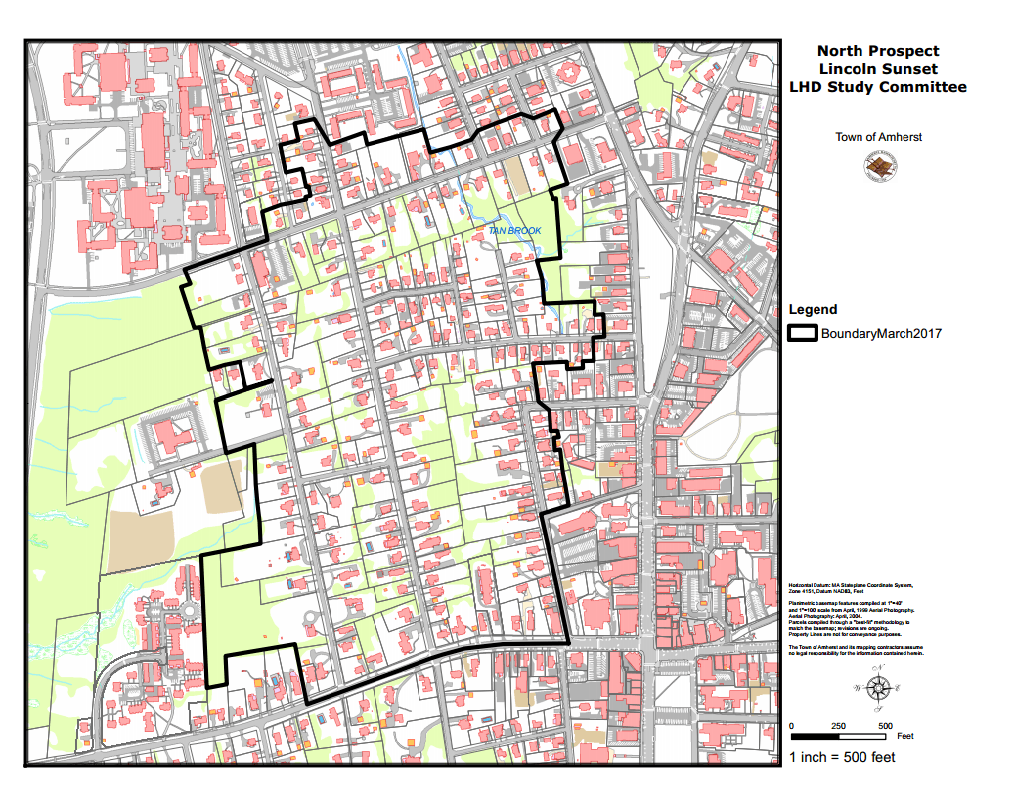 The district is one of the oldest and most distinguished areas in the Town of Amherst and celebrates the time period from approximately 1865-1950.  Much of the neighborhood compromises major portions of the existing Lincoln-Sunset and Prospect-Gaylord National Historic Districts.

Research each home within the neighborhood

The Formation of the Committee


In June 2012, despite great neighborhood outcry, a century-old barn on Lincoln Avenue with ties to the poet Robert frost was demolished.  The Amherst Historical Commission urged the neighborhood to pursue a Local Historic District.  In November of that year a group of citizens made a proposal for a study committee to the Historical Commission, who later proposed the creation of the Committee to the Select Board.  On April 22, 2013 the Select Board voted unanimously to establish the Lincoln-Sunset Local Historic District Study Committee.


“As chair of the Amherst Historical Commission, I speak for the commission when I say that we are wholeheartedly behind the formation of a study committee… Neighborhood support is overwhelming, and they are highly deserving of this designation.”


Over the course of the next two years, the committee researched and documented well over two hundred properties, creating a database that will soon be available to the public.

In the hopes of preserving and protecting the historic structures and neighborhood which makes Amherst a unique and desirable place to live and visit, the Study Committee recommends to the Town Meeting the creation of the North Prospect-Lincoln-Sunset Local Historic District. 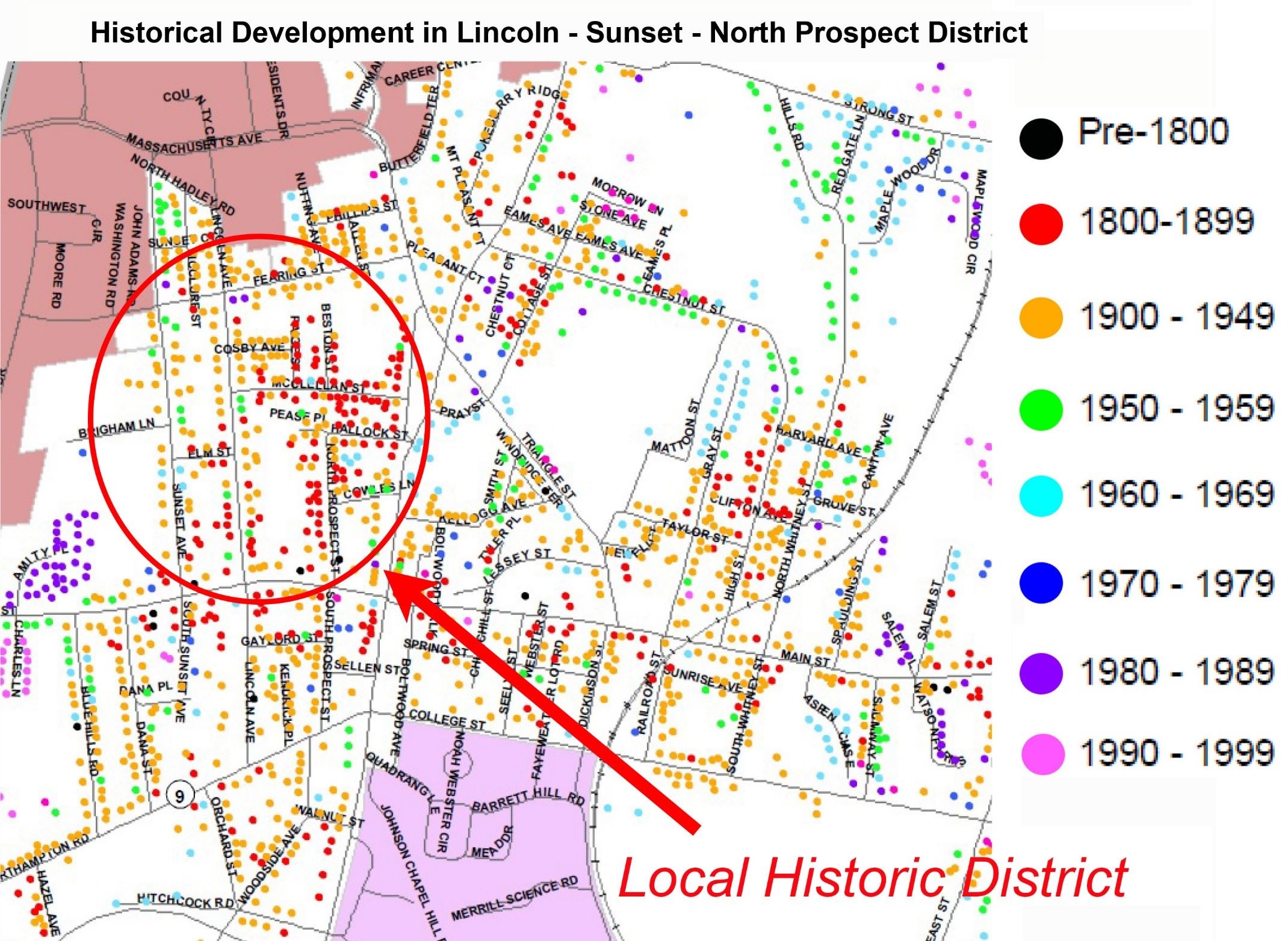 Archived  Agenda and Minutes
All Agendas
All Minutes
[]