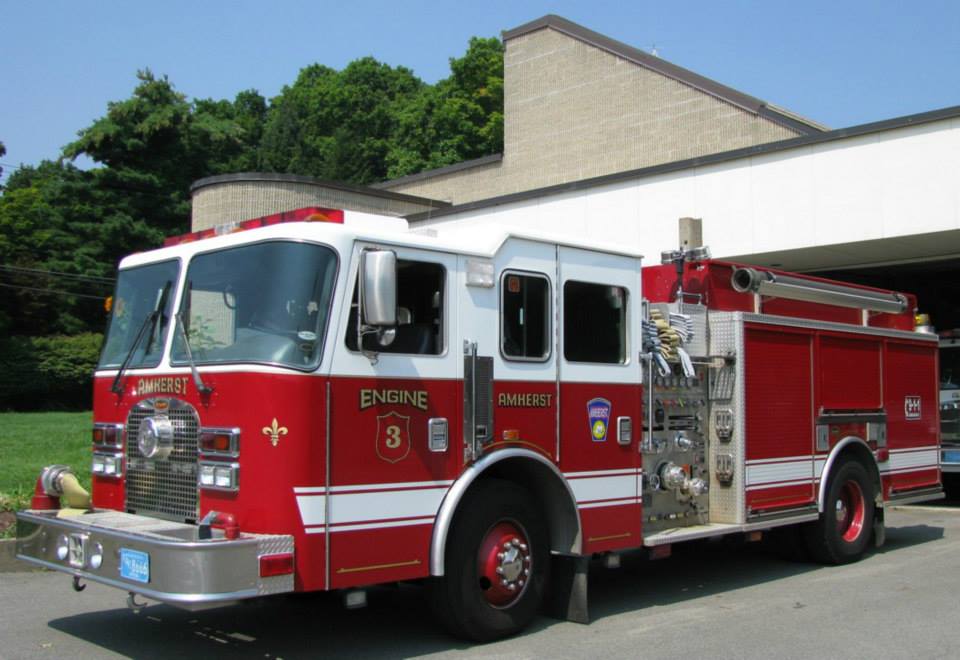 The Student Force operates its own engine company and has its own vehicle operators and officers. We respond to all structure fires in town, as well as many other fires, alarms, and other emergencies. During the school year we staff our engine every weekday night and 24-hours a day on weekends.

Engine Company 3, also known as the Student Force or Auxiliary Force, began in 1953 to supplement the town's fulltime fire department. Students from the University of Massachusetts comprised the force, and put an extra engine in service every night. Since then, membership has been extended to Amherst & Hampshire College students, and the function of the Student Force has expanded.

The Student Force represents an independent engine company with its own officers, vehicle operators, and fire engine.

Today, the Student Force averages 30 members including a number of female firefighters. Six of the firefighters reside at the North Fire Station during the school year.

Our next recruitment drive will be at the beginning of the Fall 2022 semester.  You can submit an online application now, and we will contact you in September for an interview.  Click on the "Join the Student Force" tab for more information.  You can also submit an application now by using the link below.