On Saturday, May 13, 2017, the Amherst Historical Commission held a ceremony in West Cemetery dedicating a new stone memorial to serve as an historic interpretive sign honoring Christopher Thompson, a black soldier who enlisted for Amherst and served in the 5th Massachusetts Colored Cavalry during the Civil War.  Several of Christopher Thompson’s descendants attended the ceremony.

Links to local reports on the ceremony are provided here:

The new memorial sign was fabricated and installed using Community Preservation Act (CPA) funding.  It was designed in the form of a memorial stone so that it would blend into (and not distract from) the historic setting of Amherst’s oldest cemetery, and so that it could in part serve as a memorial for Christopher Thompson who, although buried in West Cemetery, never had a headstone.  The new memorial sign is with the permission of the family located in the same plot as his son, Charles Thompson.

The memorial sign also identifies the African-American Burials area of the cemetery, and honors four other members of the Thompson family—brothers, sons, nephews—who served during the Civil War.  Some of these Thompson family members are buried in West Cemetery, along with other Amherst black Civil War soldiers such as Charles A. Finnemore who, at the time he enlisted in 1863, was living with Christopher Thompson’s family.

West Cemetery is Amherst’s oldest burying ground, dating from 1730 when Amherst was still a part of Hadley, and is a principal repository for most of the community’s history.  The Amherst Historical Commission has been pursuing restoration projects for West Cemetery since the late 1990s, using state and local funds.  The Thompson memorial sign is the latest project to be completed.  Others are ongoing.

For further information, contact the Amherst Planning Department at 413-259-3040 or at planning@amherstma.gov. 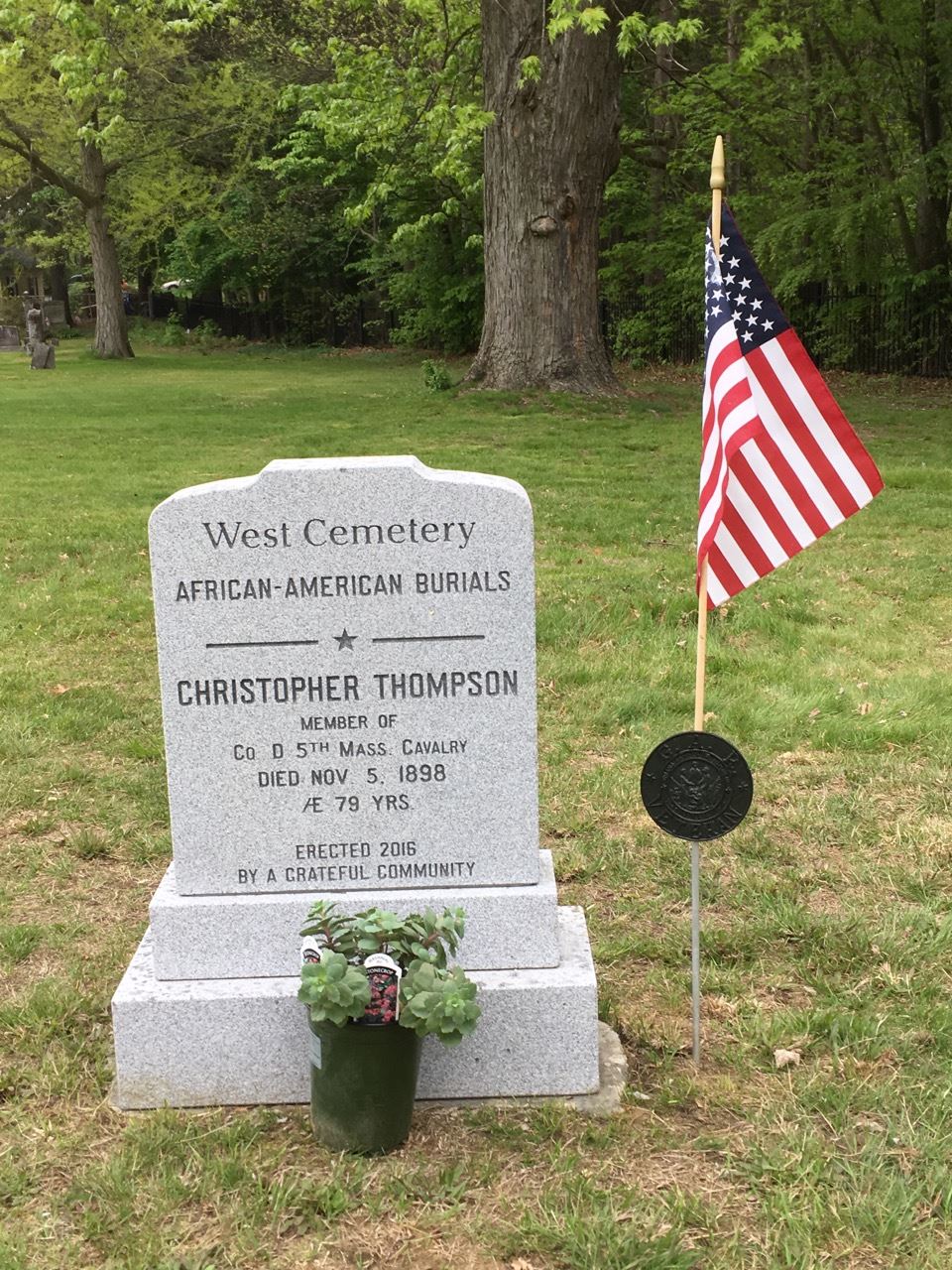 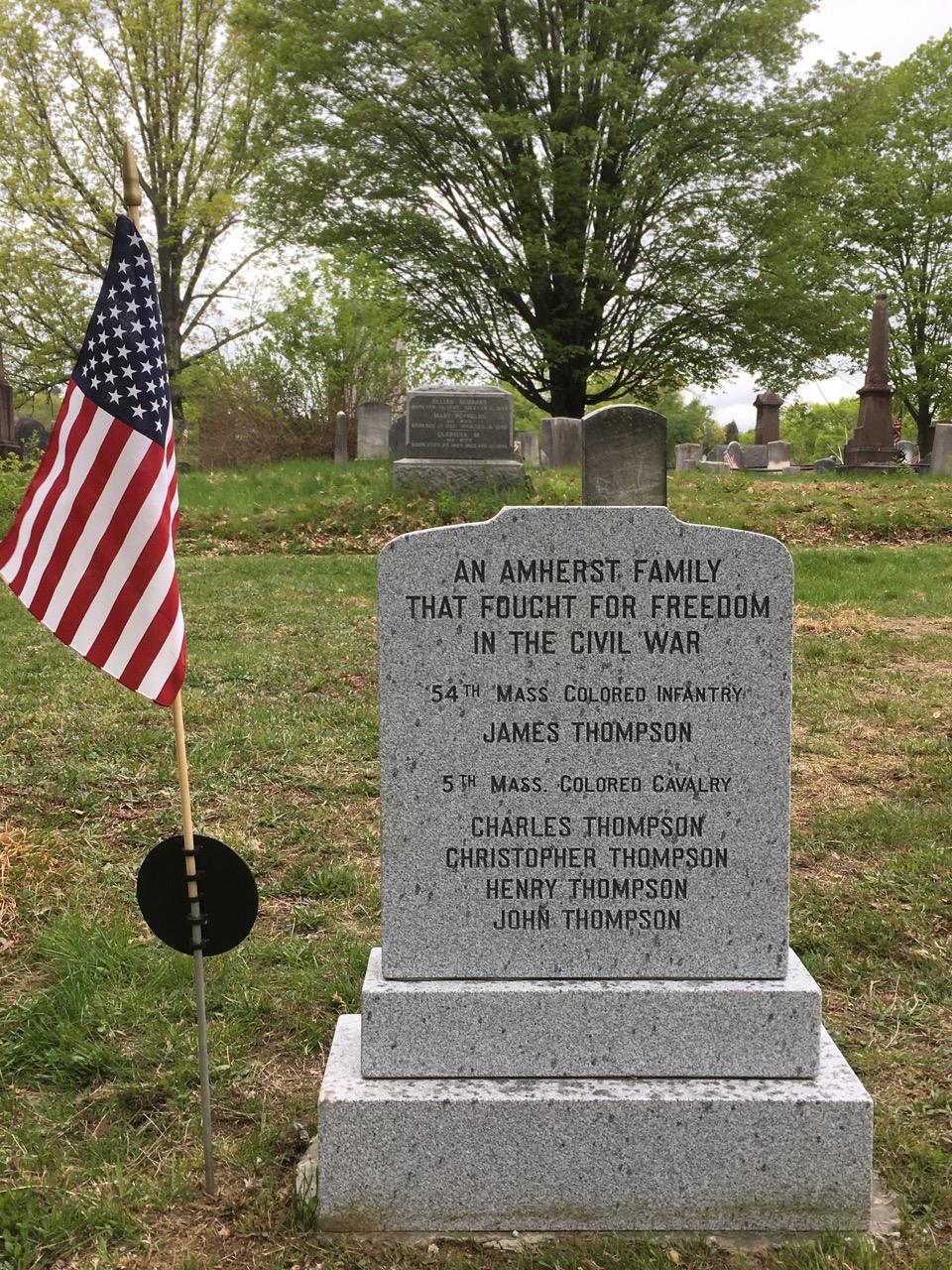